People take the food they buy in the grocery store for granted. 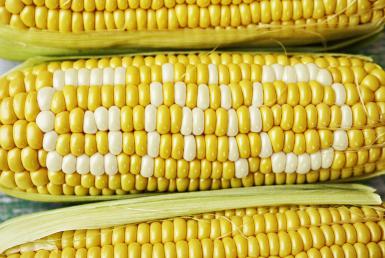 They don’t realize that it sometimes has very little resemblance to its wild counterpart—if it even has a wild counterpart. For example, modern strawberries did not exist until the mid-1700s.
Before the discovery of DNA and technology to manipulate it, most plant and animal changes took place naturally through the survival of the fittest and crossbreeding. This “natural” form of genetic modification has been in practice for thousands of years and has changed everything from the size of our dogs and horses to the very existence of orange carrots.

The term GMO refers to an organism that was modified in a laboratory setting using recombinant DNA (rDNA) methods only. Such organisms are now ubiquitous throughout the food and feed supply, the most common in the United States being corn, canola and soybean crops. Despite this, their use has become a heated topic in the public. There have been an increasing number of claims of adverse effects on the health of people and animals of late. However, not a single one of these claims has been validated. Extensive trials and tests are performed on the GMO’s to prove their safety including allergy tests. These tests are so expensive; they prevent many GMO’s from ever being released. This is a shame when you consider starving animals and people throughout our world. Still the fact remains there is an increase in food allergies in people and pets along with irritable bowel syndrome and celiac disease, which at least were rare if they existed before GMO’s. Still if they are safe why not label there use? Many say it is about controlling our food supply with patents. I’ve seen reports where China refused GMO grain imports from the US and Europe says no to GMO’s. It seems our tomatoes never ripen or have the flavor of days gone by. And wheat kernels that now contain twice the sugars as before being genetically modified, contributing to obesity in people and their pets.
What are we to do? Just because it says grain free or organic doesn’t mean it’s not been genetically modified. Additionally, the cost of some of these products is prohibitive to the average person. Consider who manufactures the food? Is it a pet food company that works with PhD-level nutritionists for diet formulations, sources their own ingredients, makes their own food and conducts their own quality control testing? Or is it a company with an idea about how to market dog or cat foods to tap into a growing $23-billion-a-year market, but outsources everything? Consider the history of the manufacturers. Does the company stand behind their products with research and warranty it. Consider companies not in the news all the time with recalls.